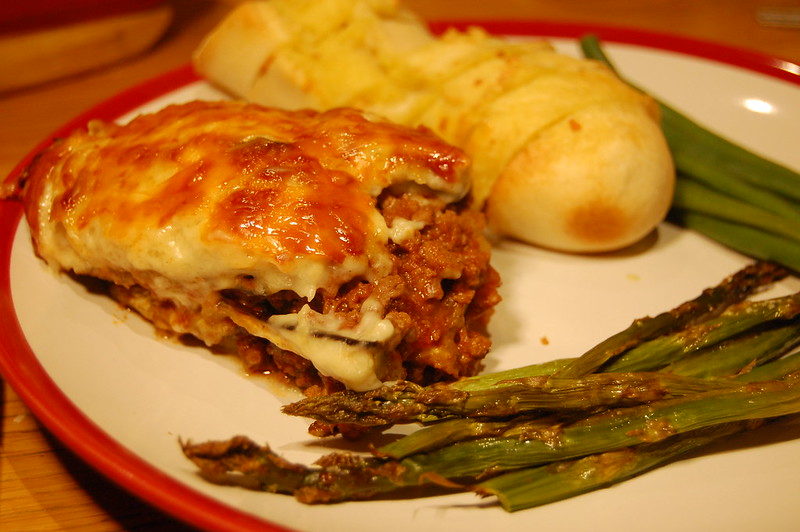 We haven't made moussaka for a far too long, and have decided it is time to fix that. We've played around with a few different recipes and formats over the years, but this is the one that we're happiest with. Moussaka is often associated with lamb, but we usually have some beef mince in the freezer, and The Internet doesn't seem to think it criminal to use beef so there you go!

Firstly, thinly slice and oven roast two aubergines with a little oil and salt - this takes about 30 minutes but be careful to make sure they don't turn into crisps!

Next make your meat sauce. We fry two cloves of garlic with a finely chopped onion until soft. Then add 500g beef or lamb mince and brown together with 2tsps cinnamon. Throw in one tin of tomatoes, a squirt of tomato puree and maybe a splash of red wine if you've got some to hand (entirely optional though) and leave to simmer for as long as you have.

Serve with salad and garlic bread (we promise to post that recipe soon, honest!)